The original road had two travel lanes and intermittent sidewalks. The new road is wider to accommodate a new center turn lane, as well as bike lanes, curbs, gutters, and sidewalks along both sides of 52nd Avenue West. Planting strips are also part of the design at several locations along the corridor. Stormwater detention and water quality treatment systems were constructed, as well as retaining walls where appropriate.

Interwest Construction was the contractor. Work began during the spring/summer of 2013, and was completed by April 2014, instead of October 2014. The southbound lane was closed during most of 2013 between 148th Street SW and 164th Street SE. The detour route was along 148th Street SE (SR 99) - 168th Street SW. 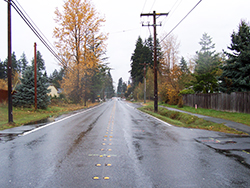 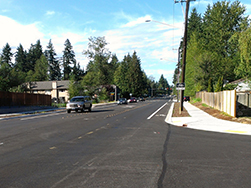