On Friday June 20, 1980, boaters on the Snohomish River discovered the body of an adult male floating in the waters near the Old Weyerhauser Mill and Dagmar's Marina. The Snohomish County Rescue Unit recovered the body from the river and released him to the Snohomish County Coroner's Office. It was immediately clear to investigators that the man had been deceased for at least several weeks. An autopsy was conducted the following Monday at which time Dr. Clayton Haberman determined that the man's cause of death was due to an apparent drowning. Given the unknown nature of how the man entered the water and drowned, Dr. Haberman left the manner of death undetermined. Unfortunately, no wallet or any other form of identification was found on the man and, due to the length of time that he was in the water and the condition of his remains, he was unable to be fingerprinted.

The man was found clothed in a short-sleeve button-front shirt, an undershirt, a pair of swimming trunks, and coveralls which were found tangled around his legs. Some of the seams of the shirt had begun to separate. The condition of the clothing, along with the decompositional changes noted, led Dr. Haberman to estimate that the man had been deceased for approximately six weeks to two months. He further estimated that the man was between 20-30 years of age and was approximately 5'11" to 6' in height. A dental exam was performed by Keith Leonard, DDS on the same date as the autopsy. He noted that the man's teeth were in good condition and that he had some minor dental procedures done on a few of his teeth.

The Coroner's Office gave him the simple name of John Doe, case number 80-6-444. Investigators compared him to missing persons reports but were unable to come up with a match. It was standard practice at the time, due to a lack of storage space, for the coroner's office to bury unidentified and unclaimed decedents. So, after being unable to identify the man through their usual means in a timely manner, he was buried at Cypress Lawn Memorial Park in Everett on June 30, 1980. The dental report written by Dr. Leonard was kept for comparison to any future missing persons reports filed, however no new leads ever materialized, and the case very quickly went cold.

In the years that followed, it is unclear how much work investigators put into determining John Doe's identity. Record keeping at the Coroner's Office (which was converted to a Medical Examiner's Office in 1987) at the time was far less extensive than it is today. Therefore, it is not known just how many missing persons may have been compared to John Doe's dental report. The same is true for the investigation conducted by the Sheriff's Office. Their initial report, written the date he was found, is the only record from their office that was still available.

Beginning in 2008, Detective Jim Scharf with the Snohomish County Sheriff's Office Cold Case Team and retired Snohomish County Superior Court Judge Ken Cowsert began reexamining old unsolved homicide cases in Snohomish County. With the emergence of new DNA technologies, the team was interested in exhuming these case with the hopes of obtaining DNA samples that were not taken during their initial exams. The process of identifying and reviewing the cases, obtaining exhumation permits, and conducting DNA testing can take years. After identifying all unidentified homicide cases, Det. Scharf and Cowsert then began pouring over their death investigation records for other John and Jane Doe cases. In February 2016, their search led to the discovery of John Doe 80-6-444's file at the Medical Examiner's Office and the search for his identity was reenergized.

The first step in the investigation was getting the case entered into the FBI's National Crime Information Center (NCIC) database, which occurred on February 11, 2016. Dr. Gary Bell, the Washington State Forensic Odontologist, reviewed Dr. Leonard's initial dental report and uploaded his findings to the NCIC file. Along with the dental report, John Doe's demographics and clothing were entered as was information regarding when and where he was found. An entry in the NCIC database automatically compares the information uploaded against missing persons cases that have also been uploaded from across the country and will provide law enforcement agencies with potential matches.

Additionally, the case was entered into the National Missing and Unidentified Persons System (NamUs) on March 4, 2016. NamUs is a federal database funded by the National Institute of Justice and contains information on missing persons cases along with unidentified persons cases from across the country. Dental records, when available, can also be uploaded to a NamUs file which can then be easily compared against known missing persons nationwide that have had their own dental profiles uploaded.

Despite the uploads to NCIC and NamUs, no new leads were generated and it was decided that the best option would be to exhume John Doe in order to obtain a DNA sample. A declaration to exhume was sent to the Snohomish County Prosecuting Attorney's Office in December 2017 and was approved the same month. Cypress Lawn Memorial Park graciously offered to exhume John Doe at no charge. For that reason, it was decided to wait until a convenient time for the cemetery personnel to perform the exhumation, which took place at 10:00am on October 24, 2018 with detectives from the Snohomish County Sheriff's Office (SCSO) and investigators with the Snohomish County Medical Examiner's Office(SCMEO) in attendance. Having been buried for over 28 years in a modest, permeable casket inside a porous concrete vault, skeletal remains were all that survived.

The following month, Dr. Bell performed a new dental exam including taking x-rays and new charting which were uploaded to NamUs and NCIC. The new information provided generated multiple potential matches, however these would be ruled out in the months that followed. In January 2019, a small section of the left femur (thighbone) was sent to the University of North Texas (UNT) Health Sciences Center, which process DNA samples for the national Combined DNA Index System (CODIS). 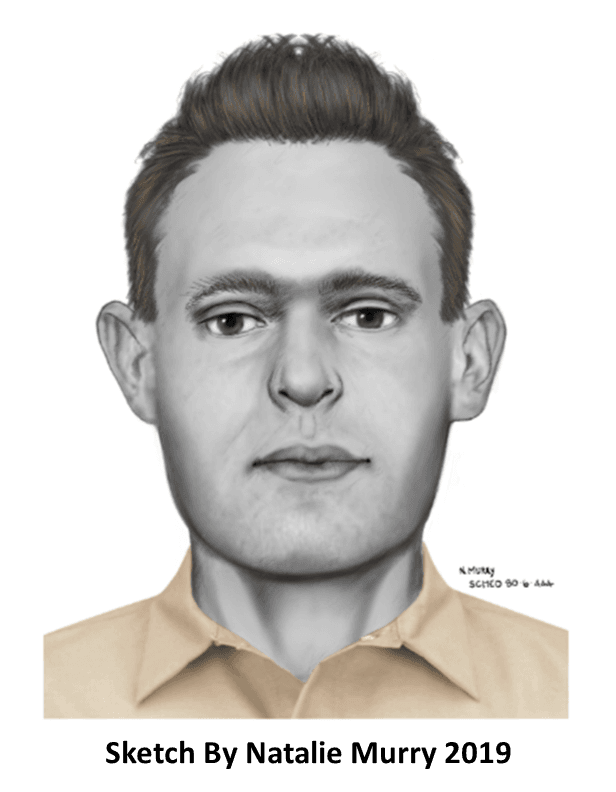 In April 2019, Dr. Katherine Taylor, the Washington State Forensic Anthropologist, conducted an examination of the skeletal remains. Her report estimated that John Doe was 19-25 years old, was between 65.3 and 72.3 inches in height, and noted that he had a healed fracture in his left foot. Forensic artist Natalie Murry also examined the remains and provided several sketches of John Doe that were released to the public on June 6, 2019.

Due to their own backlog of cases and the difficulty of obtaining a usable sample from a specimen of that age, it wasn't until December 2019 that UNTHSC obtained a DNA profile and entered it into CODIS for comparison against other uploaded samples of known missing persons. Both the DNA and dental report were very helpful in ruling out dozens of potential matches that had been generated following the exhumation.

Following testing at UNT, samples of the right femur along with left and right foot bones and the mandible (jaw bone) were sent to DNA Solutions, a laboratory in Oklahoma City for microarray DNA testing in October 2019. DNA Solutions has provided DNA samples and GEDmatch files to the SCMEO on other SCMEO unidentified cases. GEDmatch is a public genealogy database that allows anyone to upload their own DNA profile, typically obtained using kits provided by third-party genealogy research companies like 23andMe and others to research their genetic profiles. Unfortunately, the DNA obtained by DNA Solutions was not suitable for microarray testing and the bones were returned to the SCMEO in June 2020.

The DNA obtained by DNA Solutions, along with another section of the left femur, was sent to Othram Inc., a forensic laboratory in The Woodlands, TX for further DNA analysis in January 2021. Othram, Inc. is another lab that the SCMEO has used successfully on several occasions to obtain DNA that could be uploaded to GEDmatch. Othram used Forensic-Grade Genome Sequencing to build a complete genealogical profile from the degraded and bacterially contaminated DNA. Funding provided by a generous donor allowed for this third round of DNA testing at Othram. In June 2021, Othram, Inc. completed the DNA analysis and provided the SCMEO with a DNA profile that was then uploaded to GEDmatch. Once uploaded, GEDmatch produced a match from a family member whose DNA had at some point been uploaded to GEDmatch in the course of their own genealogical research. An investigator with the SCMEO used the match to build a family tree and found several potential family members. Two of these family members were contacted and confirmed that they had a brother by the name of Steven Lee Knox who went missing at the age of 24 in May 1980. 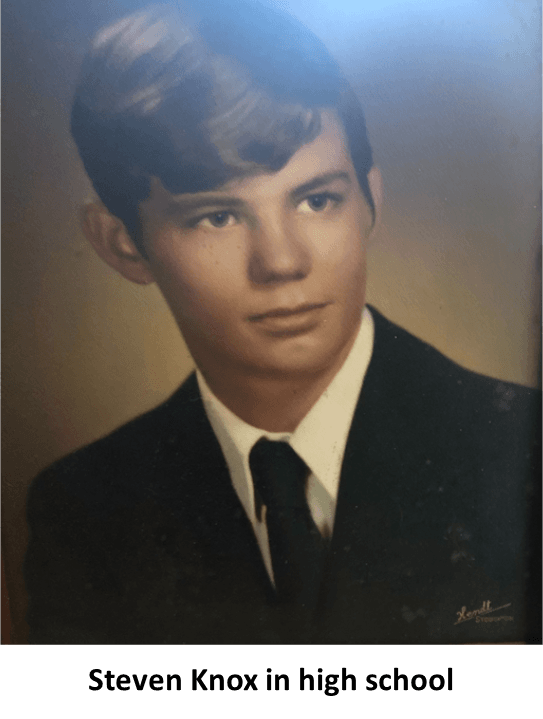 Steven was raised in Wisconsin and grew up wanting to see the world. Following high school, he served in the US Air Force. Steven traveled extensively in Turkey and Germany and was fluent in several languages. After his honorable discharge from the USAF, he lived in Everett where he had several aunts, uncles, and cousins. Steven's family was despondent when he went missing and , unfortunately, his parents passed away before he was identified.

On July 12, 2021, the US Air Force Cold Case Team was contacted and was able to provide Steven's dental records from his time in the service. The records were sent to Dr. Bell who compared them against John Doe's records and found them to be a match. Steven Lee Knox was formally identified on July 15, 2021.

The Snohomish County Medical Examiner's Office is especially grateful to Audiochuck, whose generous funding made it possible for Steven Lee Knox to be identified after 41 years, and to Othram, Inc., and GEDmatch without whom this case would not have been solved. The SCMEO would also like to the thank the following: Cypress Lawn Memorial Park, SCSO Cold Case Detective Jim Scharf, SCSO Cold Case Volunteer Ken Cowsert, the Washington State Patrol Missing and Unidentified Persons Unit, NamUs and the University of North Texas Health Sciences Center, forensic odontologist Dr. Gary Bell, forensic anthropologist Dr. Katherine Taylor and the King County Medical Examiner's Office, forensic artist Natalie Murry, Kelly Miles and Jonathan Ross Thompson of the FBI (CJIS, Clarksburg, WV), Special Agent Charles "Patrick" Pipkins of the Cold Case Team, Office of Special Investigations, Department of the Air Force, and DNA Solutions. Special thanks to the family of Steven Knox for their cooperation and for sharing their memories of Steven.