While the vast majority of cases that are investigated by the Snohomish County Medical Examiner's Office (SCMEO) are identified in a timely manner, a small number of decedents are unidentified at the time their death is reported.  When a decedent comes to our office who is unidentified, our investigators first search through missing persons reports. The SCMEO maintains a list of missing persons in Snohomish County along with the location where they were last seen alive, which is reviewed for potential matches.  Next, the decedent is fingerprinted, if able, and their prints are sent to the Washington State Patrol (WSP) where they are searched through the Washington State Identification System (WASIS).  If no results are found in the WASIS database, the WSP then searches the Western Identification Network (WIN) database, which includes California, Alaska, Idaho, Montana, Nevada, Oregon, Utah, and Wyoming's fingerprint records.  If there are no hits in either of these databases, the prints are sent to the FBI and searched through their Automated Fingerprint Identification System (AFIS).

If the decedent does not have prints on file in any of the aforementioned databases or if the decedent is unable to be fingerprinted due to the condition of their remains, the decedent undergoes a full body x-ray to check for any implanted medical devices that may contain serial numbers that can be tracked through the device's manufacturer.  Additionally, any tattoos, major scars or other unique identifying features are documented.  Their information is then entered into the National Missing and Unidentified Persons (NamUs) database.  NamUs is a federal database funded by the National Institute of Justice that works with the University of North Texas Health Science Center.  The database contains information on missing persons cases as well as unidentified remains found nationwide.  This tool is utilized by medical examiner's and coroner's offices, law enforcement agencies, as well as the families of missing persons.

The NamUs unidentified case file created will contain as much information as possible to aid in identification.  In addition to fingerprints, a DNA sample is submitted along with a comprehensive dental report completed by a forensic odontologist, the forensic anthropologist's report (if available), law enforcement reports, and coroner/medical examiner reports,  DNA samples that are submitted are routinely checked against potential matches generated through the missing persons division.  More information about NamUs can be found here.  The reports are also submitted to the FBI's National Crime Information Center (NCIC) database and searched against their missing persons reports.

Finally, advances in DNA genetic testing and analysis have opened the door for new tools to be used in the identification process.  Individuals can submit samples of their own DNA to national databases for comparison and research purposes.  Samples of DNA obtained from unidentified remains can be submitted to these databases to search for possible family members.  These searches may result in matches of distant relatives several times removed.  The SCMEO relies on the volunteer help of several genealogists who may spend hundreds of hours building family trees and finding more closely related family members and requesting DNA samples from them for comparison.

Listed below are some of the notable cases that have recently been identified by the SCMEO.  Click on the icons for more information on how these decedents were identified.  A list of current list of unidentified remains at the SCMEO can be found here. 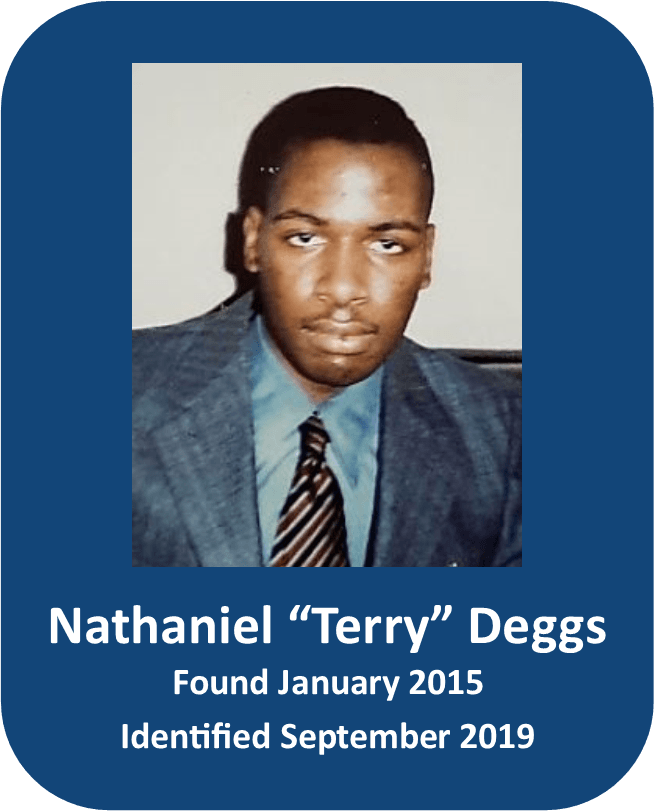 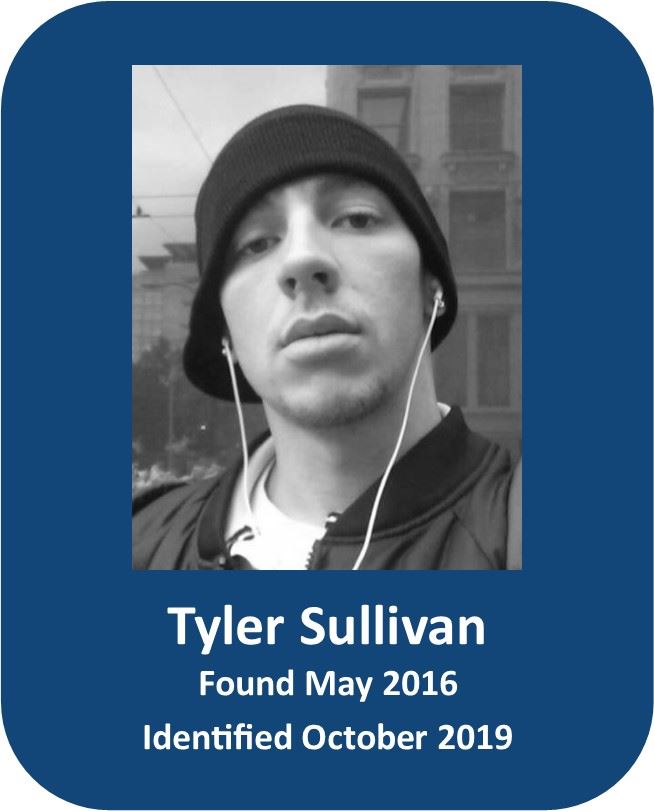 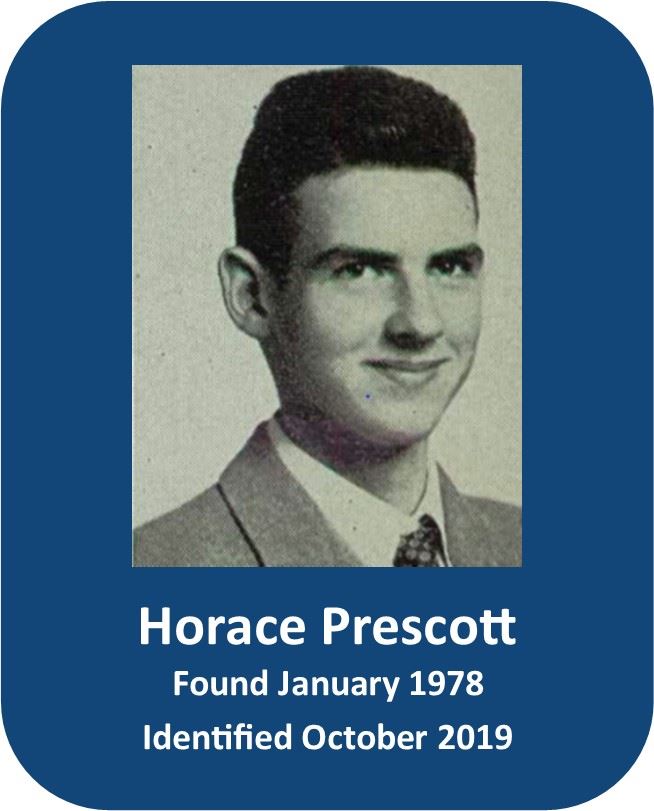