Lake Ketchum is a 26-acre public lake located in northwest Snohomish County two miles north of the City of Stanwood. The lake supports swimming, fishing, boating, aesthetic enjoyment, and wildlife habitat. Historically, it was the drinking water supply for the City of Stanwood.

However, for many years, Lake Ketchum suffered from thick growths of blue-green algae. These algae blooms formed unsightly scums on the lake surface that severely impaired use and enjoyment of the lake. The algae blooms, caused by too much phosphorus in the lake, were also frequently toxic, threatening the health of people and pets that used the lake.

Through an ongoing collaboration between Snohomish County and the Lake Ketchum community, the lake water quality has been succesfully restored. Specifically, phosphorus levels have dramatically decreased, algae growth has been substantially reduced, and the water is signifciantly clearer. The Lake is once again healthy allowing people to swim, play, and boat in the lake and are evident for all to see. However, work is needed each year to ensure that Lake Ketchum remains healthy.

The Cause of the Water Quality Problems

The Lake Ketchum water quality problems are caused by high levels of phosphorus. Phosphorus is the key nutrient that feeds algae growth. In recent years, phosphorus levels in the lake were 13 times higher than regional standards and some of the highest in Washington state.

An initial study in 1997 recommended actions to restore the lake, but lack of funding prevented clean-up. Then, in 2010-2012, Surface Water Management conducted a new study to find the main pollution sources and identify options for cleaning up the lake. This study found that the main phosphorus sources in Lake Ketchum were:

The most critical components of the restoration plan are an initial large-scale alum treatment followed by smaller annual maintenance alum treatments. Alum treatments are the most successful method used around the world for controlling phosphorus in lakes because:

A large-scale alum treatment was performed in May 2014. Contractors applied over 13,400 gallons of liquid aluminum sulfate and 7,400 gallons of sodium aluminate (a pH buffer). The dose was calculated to remove phosphorus from the water column and inactivate the majority of the phosphorus stored in the lake sediments. Unfortunately, the alum treatment had to be stopped prior to completion due to complications that led to a small fish kill.

A second large alum treatment was completed in March 2015. This treatment involved another 13,000 gallons of aluminum sulfate and 8,100 gallons of sodium aluminate. To prevent the same problems faced in 2014, the County made several changes. The treatment was performed earlier in the year to avoid algae blooms. The contractor improved the method of mixing the two chemicals in the water. And, fish scientists from the Washington State Department of Fish and Wildlife were present to test for any signs of stress to fish. The 2015 treatment was successfully completed with fish showing no signs of distress.

Small annual maintenance alum treatments occur at Lake Ketchum each spring starting in 2016. The purpose of these treatments is to inactivate the large amount of phosphorus that still flows in from the lake's inlet during the rainy winter months. The treatments will also bind some of the remaining phosphorus in the lake sediments. The continuation of small-scale treatments are essential to the long-term success of the project.

Water quality improved dramatically after the 2014-2015 large scale alum treatments. Between 2013 and 2015, total phosphorus concentrations in the lake dropped by 95% in the upper waters and by 99% in the bottom waters. This means that the phosphorus being released from the lake sediments, the main source of pollution, was essentially eliminated.

Since 2015, there has been one algae bloom in the lake in September of 2020, and the total amount of algae dropped by 69%. Water clarity also dramatically improved. Scroll through the graphs below to see the improvements in water quality. 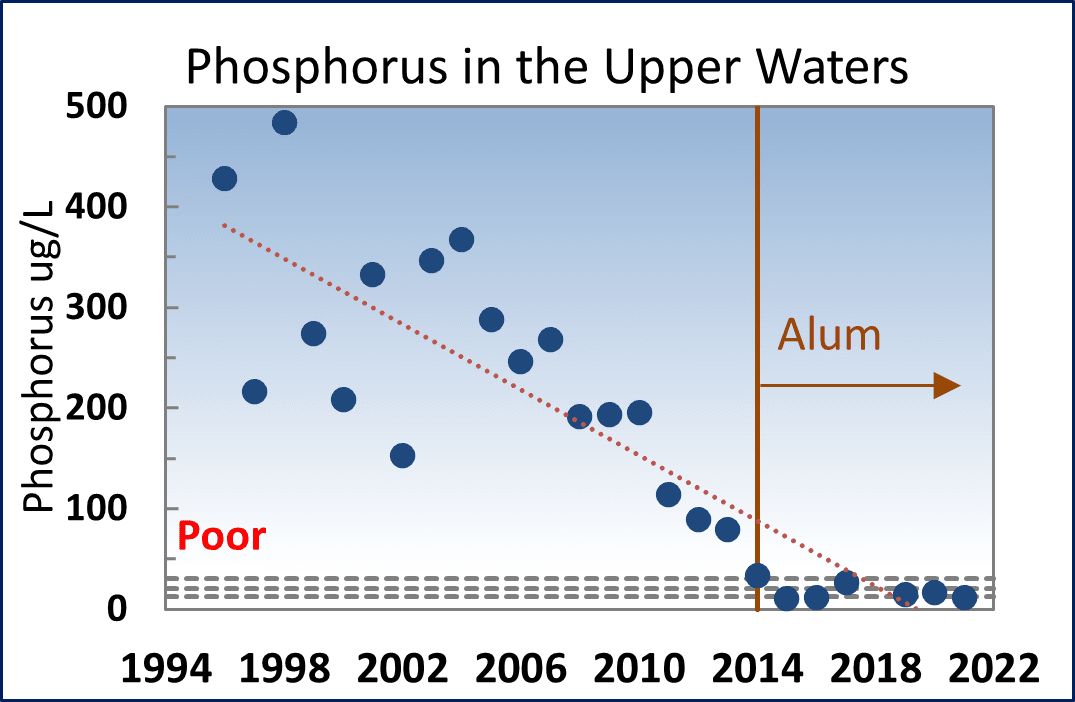 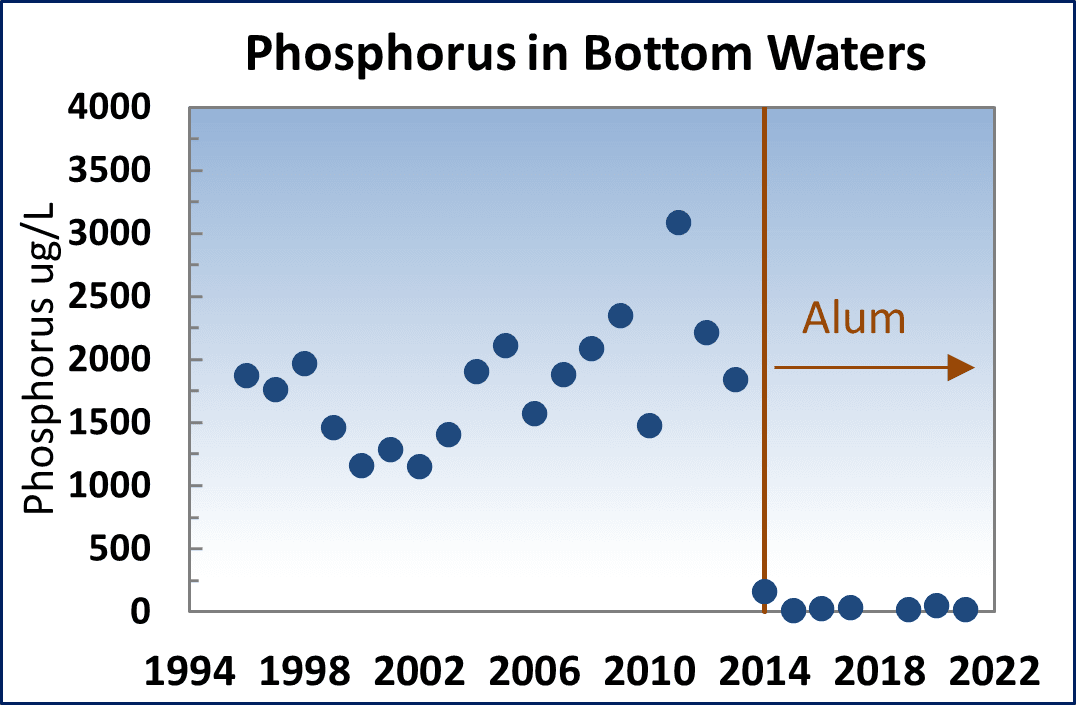 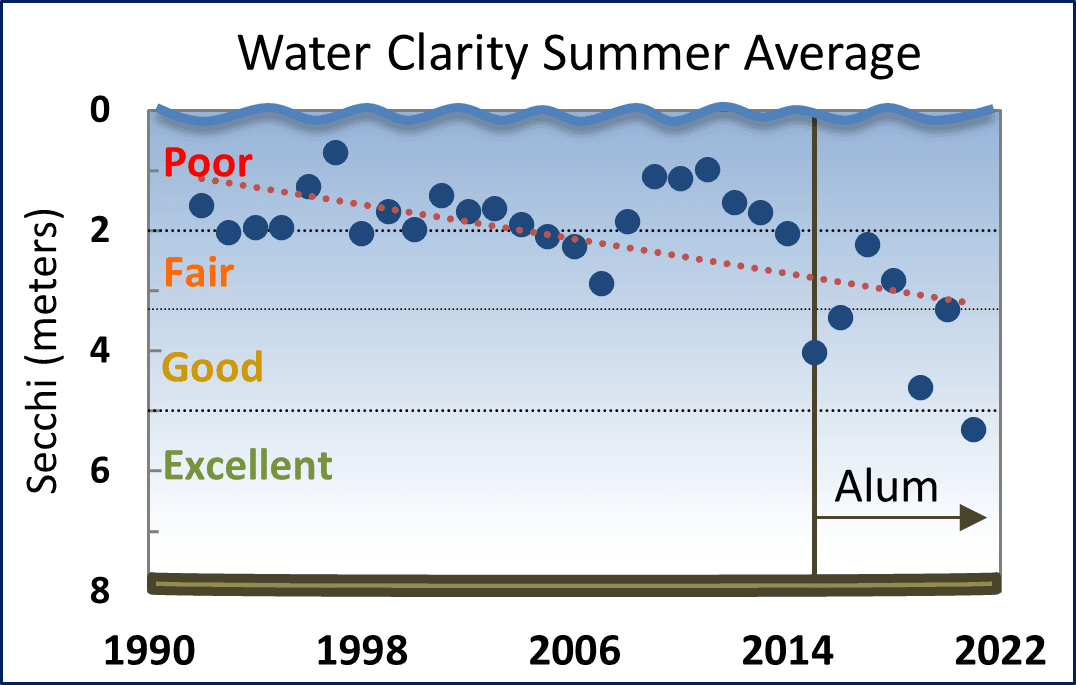 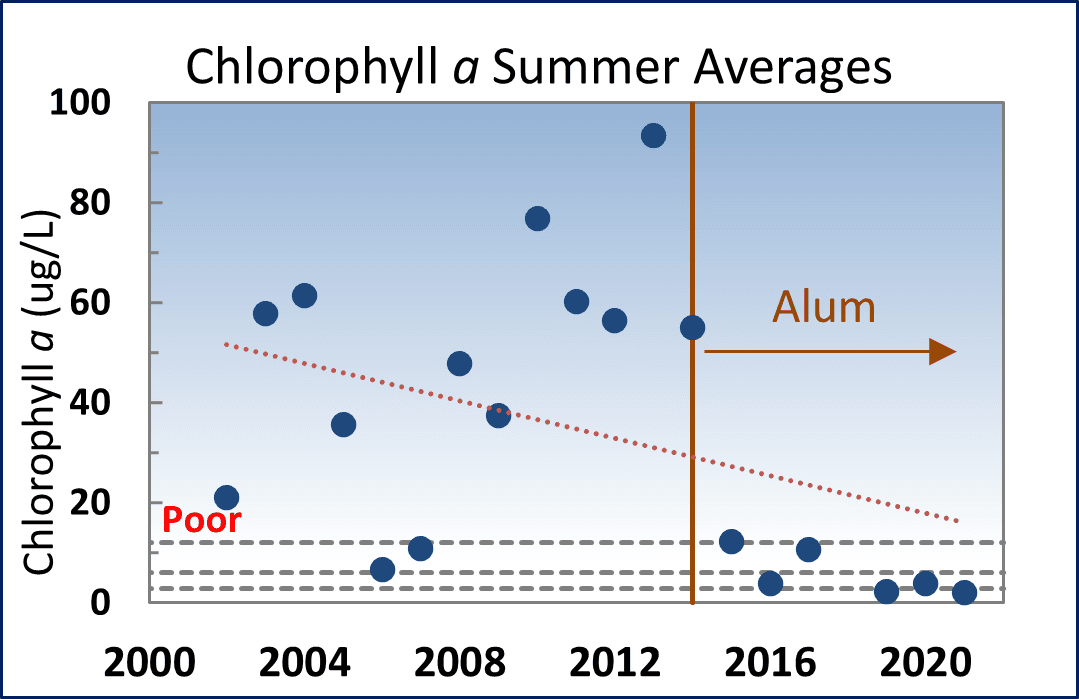 The remaining elements of the Algae Control Plan are on-going. These include lake monitoring, wetland protection, and reductions in pollution from properties around the lake. To help landowners identify important actions they can take to prevent phosphorus pollution, everyone living in the area that drains Lake Ketchum is invited to participate in the County’s LakeWise program. It is a voluntary program where landowners can be recognized for making small changes on their property to reduce phosphorus coming from their homes and yards. The program focuses on reducing pollution from fertilizers, pet waste, septic systems, and runoff from roofs and driveways. Learn more at www.lakewise.org.

The 2014 and 2015 alum treatments cost a total of approximately $250,000. The annual maintenance treatments and lake monitoring cost approximately $45,000 - $55,000 and are being jointly funded by the Lake Ketchum landowners and Snohomish County Surface Water Management.

The original project planning and initial treatments were funded by: 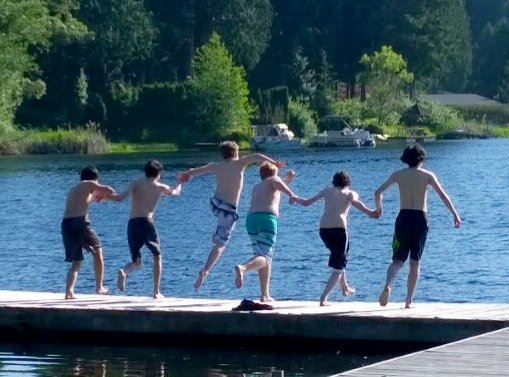